New iPad, iPhone and iMac and various Macbook models are expected to arrive in 2021. TSMC, one of the main chip suppliers, seems to have allocated 80% of its planned production capacity for 2021 to Apple.

It is known to everyone that TSMC produces chips for many Apple products. The semiconductor manufacturer continues to develop its technologies with long-term plans and investments. Apple is often the first technology giant to take advantage of these advanced technologies. So much so that nobody wants to lose a customer like Apple.

Going back to our topic, a new report has been prepared for 2021. According to the report from Taiwanese sources, Apple is said to have allocated 80% of TSMC’s entire 5nm manufacturing capacity.

On the other hand, it was reported that the third TSMC facility will start mass production as of the first quarter of 2021. When the production lines are fully established, they are expected to produce around 9,000 disc plates (wafers) each month. Apart from Apple, Qualcomm, MediaTek, Broadcom and different partners apparently have reserved their place for 5nm production. 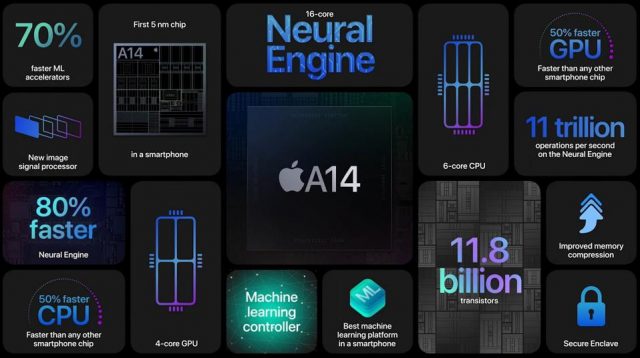 Several different Apple products that will hit the market in 2021 will likely use chips produced by TSMC’s 5nm process. Let us remind you that the Taiwanese giant has different 5nm based production plans such as 5nm + and even more advanced. The production of new technological devices is still a mystery.

A new iPad Pro lineup is expected to hit the market next year, and rumors say the A14Z Bionic SoC will be used. The new tablets may also be the first models with mini-LED display technology.

In addition, it is claimed that Apple will introduce a redesigned iMac. The new iMac may have the A14T processor and possibly a custom GPU manufactured by Apple.

Finally, there is the iPhone 13 series on the horizon. The new models, expected to debut in September next year, will likely be powered by the A15 Bionic SoC, which leverages TSMC’s advanced 5nm manufacturing technology.