ARM architecture processors that Microsoft is under development will be used in mobile devices and Microsoft Azure servers that will reach the end consumer.

In fact, the Microsoft front is not unfamiliar to ARM-based processors. Some of the company’s Surface devices use ARM SoCs developed with Qualcomm. However, as we have seen in some tests, they fall far behind the Apple M1 processors.

The balances seem to change with Apple’s transition to ARM-architecture processors in Mac computers and later on, as these chips prove themselves. According to Bloomberg News, Microsoft is designing its own ARM-based processors for future Surface devices and servers. 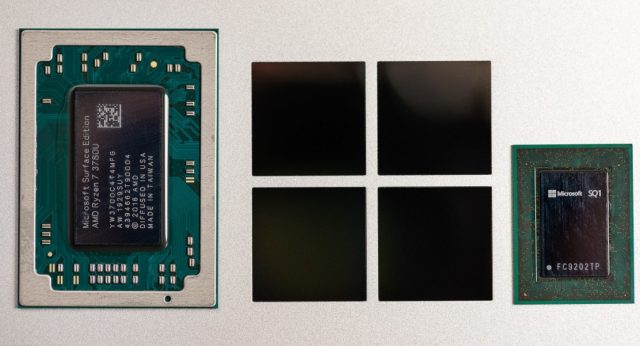 According to the report, the processors will be used on servers for Microsoft’s Azure cloud services. On the other hand, other chips are also designed for some of the Surface mobile devices. Specifically, Microsoft may be doing R&D work right now. In other words, it is not certain that we are likely to see products that will reach the end user in the future.

The Verge reached out to Microsoft about this issue and they did not deny the rumors. Frank Shaw, the company’s communications chief, said:

“As silicon is a fundamental building block for technology, we continue to invest in our own capabilities in areas such as design and manufacturing, while also developing and strengthening our partnership with a wide variety of chip manufacturers.”