Intel takes Optane to the next level with the SSD P5800X, which it describes as the fastest data center SSD in the world. The next generation Optane SSD uses the PCIe 4.0 interface, second generation Optane features and a new SSD controller for high performance and endurance. 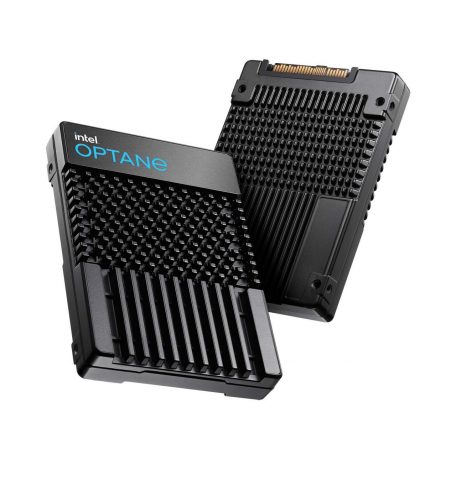 Intel says it has achieved 3x performance gains in random read / write speed compared to the first generation, peaked at 1.5 million random IOPS, and offers high sequential read speeds of 7.2 GB / s. The drive also offers up to 4.6 million IOPS at random 512B workload (significant value for certain caching workloads) and up to 1.8 million IOPS in mixed workloads.

Continuing, the new drive offers up to 67% more endurance than the first generation P4800X. On the other hand, the PCIe 3.0 interface is now left behind and has been switched to a PCIe 4.0 x4 SSD controller.

The blue team didn’t mention the fine technical details about the P5800X’s new PCIe 4.0 SSD controller. However, it should be noted that the new SSDs will come in 400 GB, 800 GB, 1.6 TB and 3.2 TB capacities. In other words, more than twice the increase in capacity compared to the previous generation has been achieved. 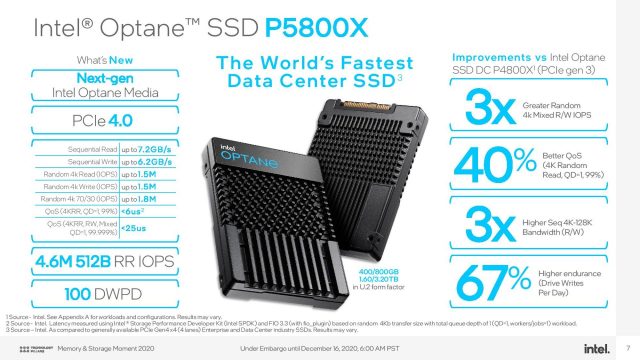 One of the most important aspects of Optane SSDs is that they exhibit extremely consistent performance values ​​even under heavy load. The P5800X can run stably under heavy load with a throughput of more than 8 GB / sec.

Intel has yet to provide information on price or date of sale. However, the drivers are expected to be released in the first half of 2021, with the Ice Lake platform, the first data center processors with a PCIe 4.0 interface.