According to research covering the third quarter of 2020, there was an increase in GPU sales. As far as brands are concerned, the market share of the AMD front has increased slightly.

Research firm Jon Peddie Research has published its latest reports on graphics processors. Looking at the results, AMD’s Radeon RX GPUs gained market share in the third quarter of 2020 compared to NVIDIA’s GeForce RTX series. Meanwhile, the new AMD RDNA 2 and NVIDIA Ampere Note that GPUs are not included in the research.

First of all, we see that GPU shipments increased by 10.3% compared to the previous quarter. The factor in this is that people turn to technological devices during the pandemic process. Many people spend more time at home and play more during this period. Therefore, sales in the PC hardware industry are high. 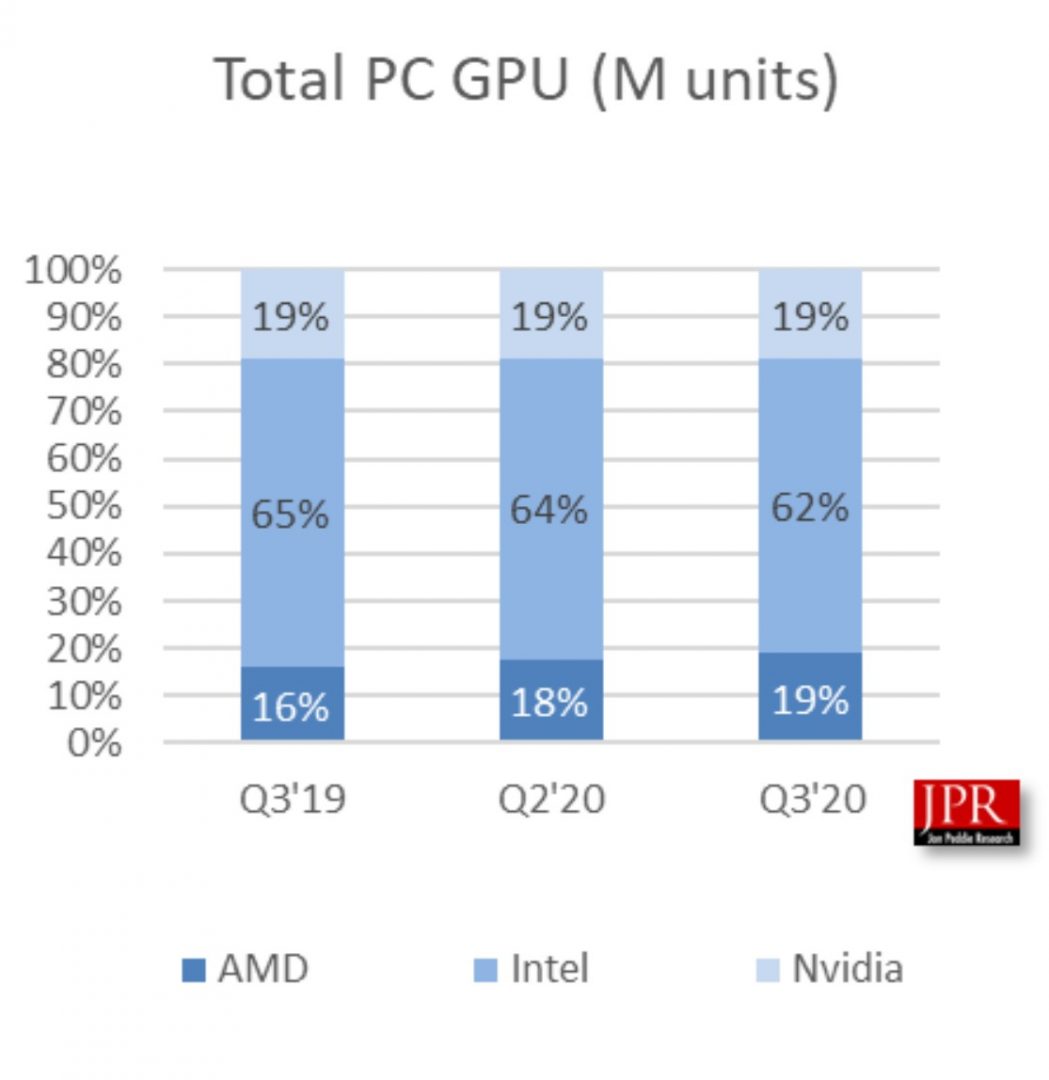 When we look at the table overall, Intel’s market share is 62%, while AMD and NVIDIA cover 19%. Let’s underline, these values ​​include Intel and AMD integrated GPUs.

Let’s come to the research involving external GPUs for desktop and notebook computers, including third party manufacturers. In general, there was an increase of 13.4% compared to the previous quarter and 9.1% compared to last year in this market.

In the past quarter, AMD’s external GPU market share increased to 23%. NVIDIA’s market share seems to have dropped to 77%.