Xeon server processors produced with Intel’s 10nm process started to show itself more. The CPU under test was listed with 36 cores and a frequency of 3.6 GHz.

A 3rd generation Intel Ice-Lake-SP server processor with 14 cores and 28 threads has been leaked in the past weeks. The new Xeon processor discovered in the ASUS-based system is based on the Geekbench 5 database.

It was said that Intel’s Ice Lake-SP processors would come with a maximum of 28 cores and 56 threads. The reason for this was that the efficiency of the 10nm production technology used was not sufficient to reach high core numbers. 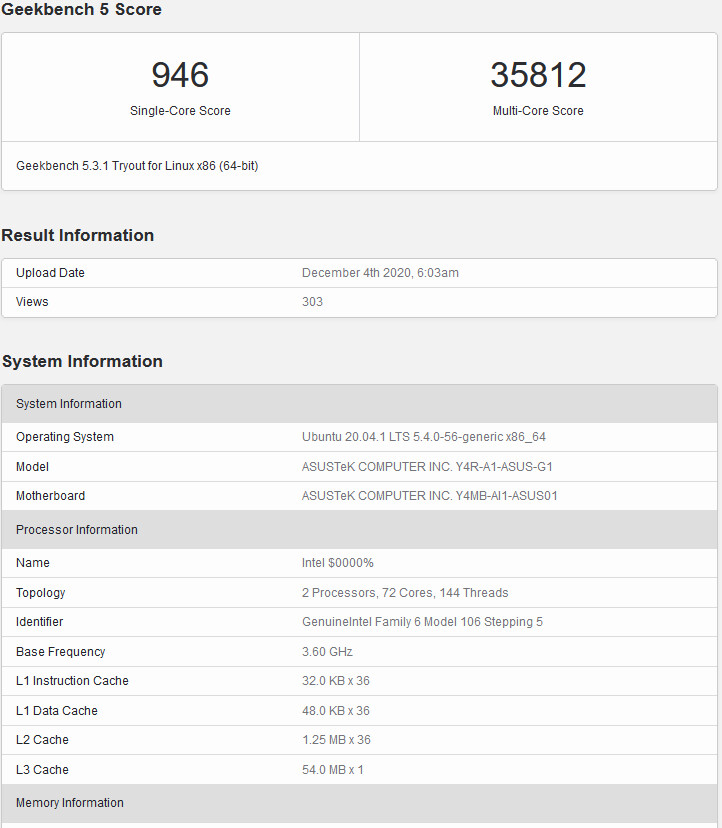 The test system reported baseline frequency rates of 3.6 GHz. This shows that boost speeds can reach much higher levels. The CPU also hosts a total of 45MB (1.25MB per core) L2 cache and 54MB L3 cache.

We mentioned that the new EPYC Rome server processors based on AMD’s Zen 3 architecture are quite ambitious. It seems that the Intel side will also exceed expectations when it comes to high performance systems.